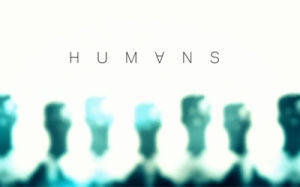 Plot: Synthetics, “Synths” are everywhere: homes, work, brothels and bars. They look like humans. They sound like humans. But they aren’t humans for they cannot feel. Instead, they are nothing more than domestic slaves, doing the work that humans don’t want to do. Humanity is reliant on them, safe in the knowledge the synths cannot harm them.

Only that isn’t true. A small number can feel. Their bodies are robotic, but their consciousness is that of a human. They’re alive. When one family realise there is something different about their synth, a secret comes to light that could change everything.

Quote: `I think it’s a way of giving consciousness to other Synths.`

Opinion: After a slow first few episodes, Humans really picked up and became an enjoyable and gripping series. The first couple of episodes set the scene, but the multiple plot-lines meant it didn’t progress forward until everything had been established. Once that had taken place and the characters began to develop, the series became an enjoyable one.

The acting was phenomenal. The whole cast performed their roles well, but special credit must be given to those acting as synths. A human acting as a robot that can feel as a human. That is no easy task nor is it something to be overlooked. Gemma Chan as Anita/Mia was superb – she had the most contradiction between the two sides of her character. She was the one who created the intrigue to keep watching in the first two episodes. But all of the synths were incredible – their movements were made you forget they were really humans. Colin Morgan also gave a strong performance as the complicated Leo. His character certainly portrayed the biggest diversity of emotions. Although there were times where it wasn’t clear what accent he was going for.

The plot was intense and multi-layered. The complexities of the plot – establishing synths as non-feeling, then showing that isn’t the case – meant it took a while to progress. Once the various characters started coming together and their narrations interweaving, the story began to move forward. Up until then, it was jolted and felt static. It did, however, create enough questions you wanted to keep watching even if not being sure whether you were enjoying it. Kudos to writers involved.

As Sunday night shows go, Humans was a strong one. Enough questions were left open throughout the series it brought the viewer back time and time again. It would have been a frustrating and open ending if series 2 hadn’t been commissioned. But luckily for us, Humans will be returning. A definite recommendation.