It’s 1948 and things are changing in Atlanta as the first eight coloured cops are hired. Lucius Boggs and Tommy Smith are among those eight, both determined to help.

When a girl is murdered, Boggs wants answers despite not having the authority to get them. He doesn’t let that stop him. Breaking rules and risking his life, he is determined to solve the crime.

Rakestraw is one of the few white officers who has no hatred for the coloured ones. His partner, however, is the worst of them all. Can the two sides overcome their differences to solve the murder? 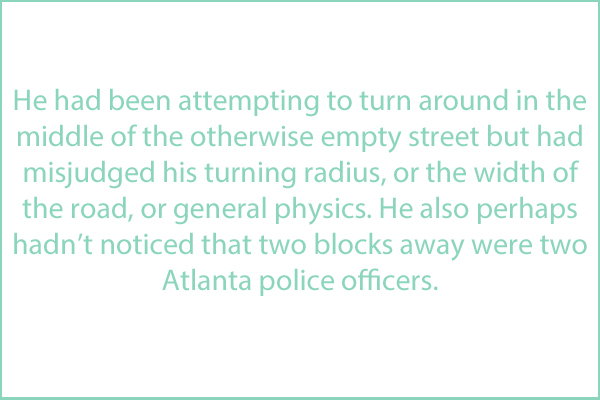 When I started reading Darktown by Thomas Mullen, I was unsure. I felt uncomfortable at how racists the book was and wasn’t sure I would enjoy it. I kept going though; the writing was strong and the characterisations were superb. I ended up loving it! Talk about delivering a powerful punch! With the current issues occurring, especially in America, this novel shows precisely how bad things were.

The plot is based around two coloured cops wishing to solve a murder but not having the authority to do so. They encounter constant opposition from the white cops, especially a particularly vile character called Dunlow, who will go as far as murder to shut down the new police department.

Boggs and Smith are an entertaining duo with their different approaches to getting the job done. Their personalities had the potential to clash the entire time and that made for enjoyable reading, especially when they attempted to “blackmail” each other only to find the other was already willing to help. Combing a sheltered reverend’s son with a more rough-tough character is always a good combination.

Rake was my favourite character. He was easier to warm to than Boggs and not as rash as Smith. Rake’s character also stopped the novel from being divided clearly between the coloured cops and the white ones. This was needed or it would have been too heavy. I have to admit to yelping at one point when Rake’s character was in danger – a good sign of how invested in the novel I was.

In terms of dealing with issues, this book does not do subtlety. It works though. The writing is strong, one of the best I’ve read. Mullen inserts a soft dry humour the whole way through that prevents the book from being overwhelming. It is also the first book in a while where the tension and pacing has worked seamlessly together and left me unable to put the book down.

I would thoroughly recommend Darktown! It addresses the racist issues of the past that have a habit of emerging again. Entertaining and powerful, this is one to add to the TBR pile.