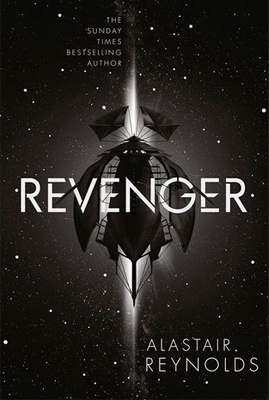 Synopsis: The galaxy has seen great empires rise and fall. Planets have shattered and been remade. Amongst the ruins of alien civilizations, building our own from the rubble, humanity still thrives.

And there are vast fortunes to be made, if you know where to find them.

Captain Rackamore and his crew do. It’s their business to find the tiny, enigmatic worlds which have been hidden away, booby-trapped, surrounded by layers of protection–and to crack them open for the ancient relics and barely-remembered technologies inside. But while they ply their risky trade with integrity, not everyone is so scrupulous.

Adrana and Fura Ness are the newest members of Rackamore’s crew, signed on to save their family from bankruptcy. Only Rackamore has enemies, and there might be more waiting for them in space than adventure and fortune: the fabled and feared Bosa Sennen in particular.

Revenger is a science fiction adventure story set in the rubble of our solar system in the dark, distant future–a tale of space pirates, buried treasure, and phantom weapons, of unspeakable hazards and single-minded heroism and of vengeance… 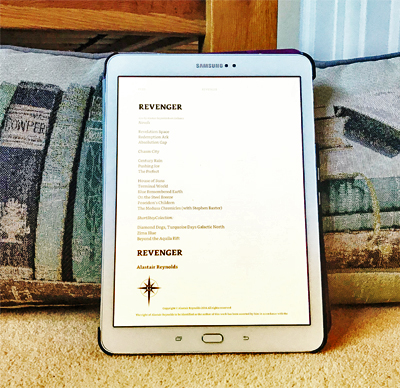 One issue with having just finished an amazing science-fiction series is that I, perhaps unfairly, had high hopes for Revenger.

Unfortunately, it disappointed me.

When considering why I didn’t enjoy it, I realised it comes down to the characterisation throughout the entire book.

Two sisters run away to join a space-crew. Fair enough: what story doesn’t start with someone longing for adventure? But Fura Ness – the narrator – was not a character I could get behind.

I knew that books were valuable to some covers, and boring to others, but I’d never ventured beyond that thought to the idea that books might be something to be hated or destroyed.

To be fair, she was alright for the first part of the book where she is innocent, naïve and likeable. But when she is faced with her worst nightmare, Fura changes, and not for the better. This would also make sense if it wasn’t her attitude towards her change. Fura embraces it, but in an egotistical, detached manner.

It’s difficult to explain. But Fura becomes arrogant, cold and impossible to connect to. She makes claims about being one of the best without the reader ever having witnessed the truth to those claims – and we’re supposed to be with her for the entire journey. I also couldn’t work out how old Fura was – we know she’s young and not of age, but she gets away with dictating how things are going to be to experienced crew-members. It didn’t ring true.

Fura is the narrator throughout, telling her story from some time in the future. There are moments, however, when she breaks the story to make a comment about particular events. However, she only does this when she wants to justify herself, trying to prove she wasn’t as cold as her actions portrayed her. But we’re with Fura, we’re experiencing her thoughts and emotions: breaking away to tell us its not that bad detached me from the story and undermined her argument. 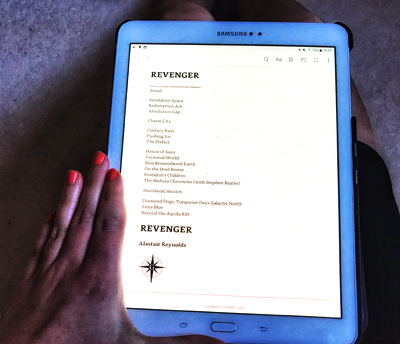 The one thing that really got to me, however, is Fura’s attempts to talk the way she believes a space-crew does. She’s not even trying to fit in – she’s made it clear she doesn’t care about them. But the change in language – not just her speech but the narration as well – actually detracted my pleasure of reading it. The language felt crass and forced. It would have worked if that was how it had been from the beginning, but it didn’t read naturally for me.

Fura wasn’t the only character I had trouble with. The first crew are slaughtered about a third of the way through the book. The problem? I didn’t care about them. At no point did I feel emotionally invested in any of the characters and I didn’t care what happened to them. Fura talks of becoming close to them, but the reader is never granted that luxury.

When the story is character-driven, it becomes increasingly difficult to engage and enjoy the book when said characters are annoying you.

I’d be really interested to hear the thoughts of anyone else who has read this, especially if they enjoyed it. Maybe I was in the wrong frame of mind when I started reading?