Felt like an age since I last wrote one of these. Well, it does and it doesn’t – I initially managed to re-write one I had already written to start with. Take two and I know I haven’t done this one yet.

I found this one over on youtube. Would never have the guts to do it like that myself, but hopefully you will enjoy reading my answers as much as watching Katytastic do it!

Here we go… my Totally Should Have book tag.

This is a hard one because I can’t think of any stand-alone books that I’ve read recently that haven’t been the beginning of a series. However, for those who read my review on Last Argument of Kings, I wasn’t satisfied with the ending of that one. So not so much a sequel, but I would have liked either a better ending or a continuation of that trilogy to properly find out what happens to the characters.

2. Totally should’ve had a spin-off series

The one answer I was going to give to this was Magnus Bane in Cassandra Clare’s work. Then I found out he now has his own book, so there goes that one. Otherwise, I would say Alice from the Prophecy of the Sisters – it would have been great to read the entire trilogy from her point of view, especially considering how it ends!

3. An author who totally should have written more books

I think this about every author I like if I’m completely honest. But I’m really looking forward to seeing more work from Christopher Paolini and what he is going to come up with next after still being so utterly gripped by the Inheritance series despite having read it loads of times. But yeah, there are so many authors where I want to read more from them!

4. A character who totally should have ended up with someone else

Hmm, this is hard.  I’m generally happy with how characters end up. I wanted NineFingers and Ferro (First Law Trilogy) to properly get together and wanted to read more of Tessa and Jem together (The Infernal Devices), but they are both couples that already work. So I don’t really have an answer to this one – normally people end up dead if not with the person that I want them to.

5. Totally should have ended differently

The Divergent series for definite. I hated that ending, although more because of the way that it was written rather than actually how I felt about the plot itself. But definitely a different ending for that series, please, thank you.

6. Totally should have had a movie franchise

Another hard one – I wouldn’t want my favourite series to be ruined by turning it into a series. I do think the Lightbringer series would look awesome on screen because of the play on colouring and the magic they have – jumping off buildings or running over the sea would look amazing on the big screen. But as long as they didn’t ruin the awesome plot! 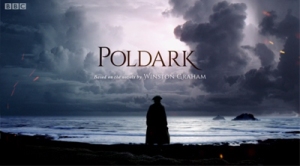 7. Totally should have had a TV show

Again, my answer was stolen here by the fact that Shadowhunters is now out – and The 100 is better as the show than the book! I would love to read the Poldark books as well having seen the show. I would, however, say that the Joe King novellas would be awesome as a TV Show – one book per episode, could be great fun!

8. Totally should have only one point of view

*Repeat answer* But definitely Divergent. The switch of view point in the final book totally gave away to me what was going to happen. It would have worked to have both all the way through, but not one then switch. Big no-no in my mind.

9. Totally should have kept the original covers

I don’t have much to compare this too but Lord of the Rings. My mum has an old copy and it’s just beautiful and old looking – wish they had all stayed like that, love an old copy. Then again, the Pengiun Classic new covers are stunning, so can’t judge new covers as a whole.

10. Totally should have stopped at book one

Last Light Falling. In fact, that shouldn’t have ever been published, it was awful! So many things were wrong with that book, from characterisation to writing style, there is no way that should have had a sequel, let alone the possibility of more books than that. *shudders* So bad!

How about you? Give the questions a go and don’t forget to let me know so I can have a read for myself. Do you agree/disagree with any of my answers?